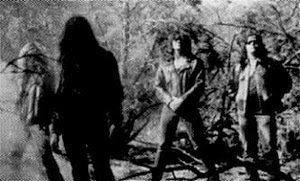 the rare & the obscure demo's with a lost magik 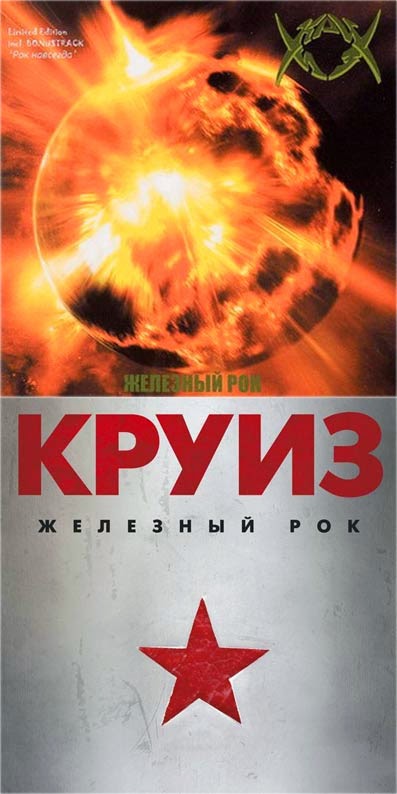 KRUIZ {Круиз} (rus) "Железный Рок" (Iron Rock) 1987 demo
Some great speed metal here from a Russian band called Kruiz, in their native tongue it's Круиз. This demo came out in 1987, and the band had already released 4 albums, another demo in '85, a live album & an EP. The sound is album quality, done in a good studio. Crunchy guitars, pounding drums, great leads & riffing, varied vocals. The music is strange - it has a Russian flavor, similar to Korrozia Metalla. Some parts are straight out speed metal with shouted choruses that sound inspired by some mid-80's Bay Area Thrash and also of the band Running Wild. Other songs have a Metal Church vibe but crunchier and Russian. All the vocals are in Russian and it adds to the positive aspects of this great demo. I highly recommend this. It's a killer demo, the length of an album, it sounds great, it's different, it's Russian! 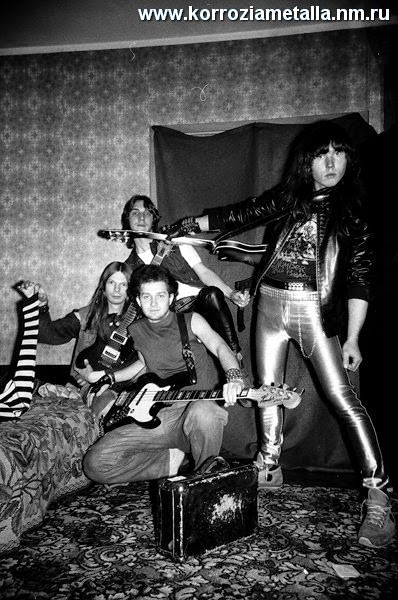 Коррозия Металла (rus) "Власть Зла" 1985 demo #1
Korrozia Metalla               "Vlast Zla"
Corrosion of Metal            "Power of Evil"
This is a very rare and somewhat cult demo from a Russian band called Korrozia Metalla, or in their own language, Коррозия Металла, and it translates to English as Corrosion Of Metal. This is definitely one of the earliest extreme metal demo's for a Russian band. They remind me of Root (cze) with whiny vocals that are almost a bit like Thorsten of Living Death (ger). Also similarities to Black Sabbath, Hellhammer & Mortuary Drape. It's not groundbreaking, but considering that in 1985 this was a U.S.S.R. band behind the Iron Curtain, it's sort of interesting to hear what these Russians came up with. Their later material became much thrashier, and better, with 4 good albums released from '88-'92. For the curious. 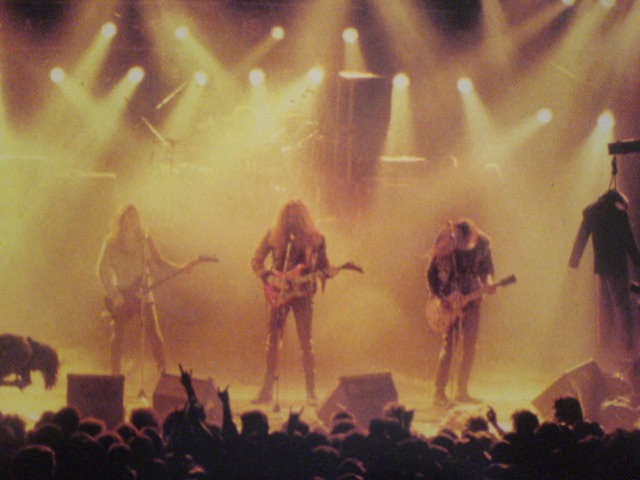 Live - notice the hanging effigy to the right 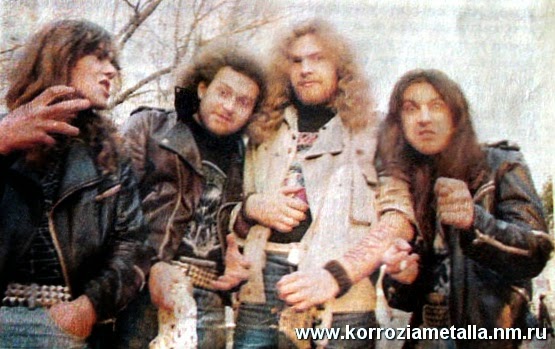 GREETING DEATH (can) "Pain Of The Earth" 1987 demo
The lone demo by Canadians Greeting Death ......Quebec actually. It's an interesting and classic demo. I first saw it reveiwed in some magazine back in 1987 and ordered it from the band. I still have my original demo. This blew me away then. I loved the band name. Their songs are fast, raw, deathrash. Comparable to Wehrmacht, Soothsayer, Slayer, Bathory, Possessed, Deathrage & Kreator. This demo is more like a cassette album. Lots of music to enjoy and it's worth your time every time. CULT! 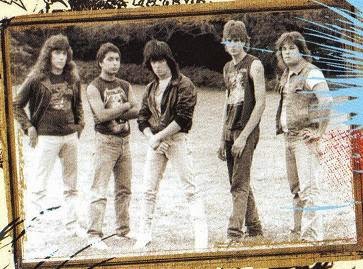 SENTINEL (us/tx) - 1986 demo
Some excellent power/speed metal from Texas and a band called Sentinel. They are in the same vein as Agent Steel, Helstar (Remnants Of War-era), Fates Warning & Have Mercy. Very tight, speedy, great riffing, excellent sung vocals and inspired solo's. It's only 2 songs but it's highly recommended.


4 TO REICH (arg) "Bienvenidos Al Infierno" 1986 demo
This is excellent speed black metal from Argentina and dates to 1986 - that alone makes it quite amazing. They are tight, the songs are killer, the solo's are ripping! Comparisons? Like a mix of Bathory, Incubus (aus), Slaughter Lord, Possessed, old Sepultura, Sarcofago, Mayhem (nor), and Master's Hammer. The words are in their Native Tongue, and that makes it sound more vicious. A cult demo! 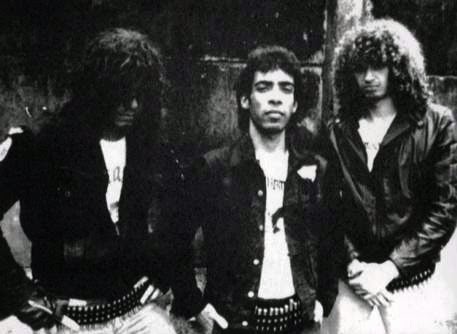 AAMONHAMMER (bra) "Funeral" 1987 demo
This was one of many cult Brazilian bands who released just a demo, and they also appeared on the Warfare Noise II Comp. LP in 1988, and then split-up. The demo is rough and raw, in the vein of old Hellhammer, Necrophagia & Bathory, but with some speed metal influences (Slayer, Destruction, Sodom, Sacrcofago) and killer solo's. For cultists.

Here are 6 cult demo's all together in one file. The first 3 are cult Texas bands. We'll go demo by demo....

SYRANAX (us/tx) "The Battalion Of Death" 1985 demo #1
This is excellent raw brutal death thrash from Austin, Texas. There was a thriving scene in Texas in the mid-to-late 80's and Syranax was one of several who were excellent at their craft. It's dirty and a bit necro, but ripping and heavy. They even remind me a bit of Canadian's Terminated Rite. This is the first of 2 demo's they released. 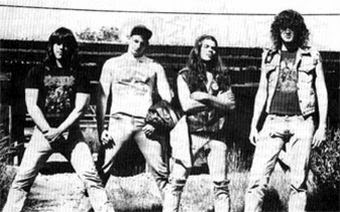 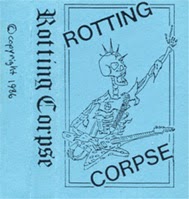 ROTTING CORPSE (us/tx) - 1986 demo #1
These Dallas Deathrashers came storming onto the underground scene with this killer death/thrash demo that takes its influence from Slayer, Possessed, Dark Angel & Exodus, yet they make it into their own Texas style - it's rabid and manic! Reminds me a bit of the band Burnt Offering. A totally killer cult release! 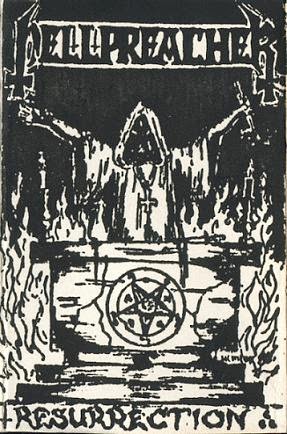 HELLPREACHER (us/tx) "Resurrection" 1986 demo
This is another of the cult Texas demo bands. This is dark evil death metal! Similar more to Necrovore, and in fact their drummer did play with Necrovore. Great morbid riffs, Slayer-like solo's, Possessed-inspired evilness and a tortured yell for vocals (maybe the ONLY weak point of the demo). They remind me a bit of Desecration (the Cali band). Some of the riffing on this demo is well ahead of it's time (especially "Parricidal"). 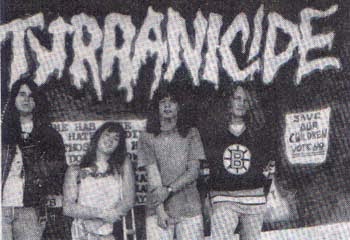 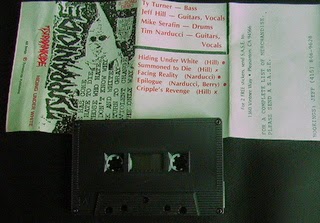 TYRRANICIDE (us/ca) "Hiding Under White" 1986 demo #1
Some excellent thrash from California. What I really like about this band is the vocalist. He sounds deranged. He has a sick voice. Some might consider him to be a slight bit crossover in the way he yells some parts, but it's still kinda twisted, like in an The Accused sort of way. The music is dark thrash, either slow and vicious or fast and thrashing! Slayer-esque precision and great tempo changes. A highly recommended treasure from '86. 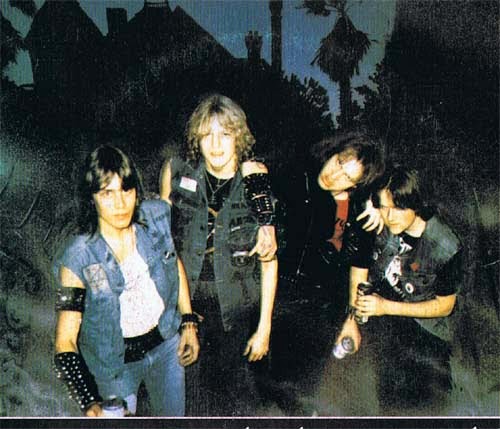 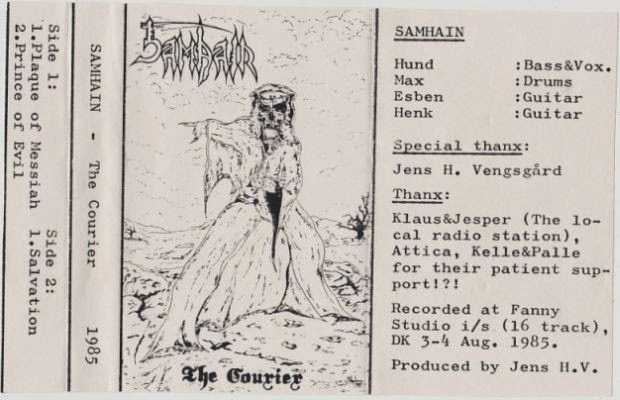 This is an already rather well-known cult demo, but I wanted to share my rip. This Danish band Samhain wrote killer evil thrash inspired by Celtic Frost, Slaughter, Bathory, Slayer & Possessed. The first song was featured on the Speed Metal Hell Vol. II compilation LP from 1986. This is a devastating release. After this demo they changed the band into DesExult and released more cult demo's. 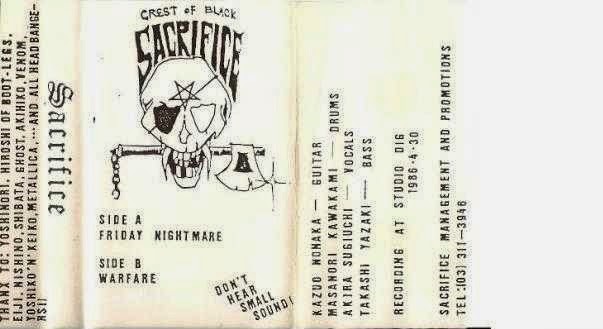 SACRIFICE (jap) "Crest Of Black" 1986 demo
Do not confuse this band with the Canadian one, even though it would be easy to since their logo's even look almost identical. This Sacrifice is from Japan and they're black thrash with some sick vocals that are sort of a cross between Sodom & Bathory. Musically they're not overly speedy, more mid-tempo evil metal that's heavy and performs it's task of making your head band and your fingers morph into the horns. They remind me a bit of Sabbat (jap) as well. A definitive cult release!